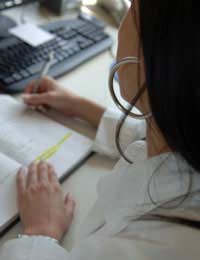 Some jobs are more likely to include overtime than others and is counted as any work that goes beyond the contracted hours. Sometimes people like having the opportunity to do overtime work to boost their earnings but it can also be an unwelcome extra. If you are having to work overtime then your employer cannot make you work over 48 hours a week and must comply with whatever is written in your contract.

Unfortunately there is nothing to say that overtime hours have to be paid or if they are, at what rate. However, when you take into account your pay and the hours that you work, your hourly rate must not fall below national minimum wage. The same is true for working bank holidays or weekends. Although most employers will pay more when you work these days, there is no legal requirement to do so. If there is something written in your contract about being paid for your overtime hours then your employer must stick by it.

The contract that you sign when you join the company should include details of how your employer treats overtime so make sure you read it thoroughly when you join. You are bound to comply with the terms but then so is your employer and you can’t be forced to work beyond what it states. If it says that you will be paid for your overtime then you must be and even it if it says you must work overtime, they often can’t make you work over 48 hours per week unless you choose to.

Instead of paying for any overtime that you work, some employers will decide to give you time off in lieu instead. This is an agreement between you and you employer and while they may have regulations about it, it may also be decided on an individual basis. When calculating holiday entitlement or maternity leave, any overtime hours are not usually taken into account. It is taken into account though if you are required to work overtime and as part of your contract.

Your contract of employment should lay out what you working hours and conditions are. If overtime is required as part of your role then it must state this in your contract and these terms must be complied with. Your employer generally can’t make you work more than 48 hours a week and sometimes this still applies even if you agreed to overtime in your contract. For those workers who want to work overtime to top up their pay cheque, their employers are not required to give it to them unless it is guaranteed in their contract.

Many jobs include overtime and although some of this is paid, a lot of it is not. Unfortunately, unless it says in your contract, then your employer is not legally required to pay you for overtime. Often they will but you must find out what there policy is. If you do work overtime then your average hourly rate must still not fall below minimum wage and your employer cannot make you work over 48 hours a week unless you choose to do so.

Taking a Break at Work: What are Your Rights?

How to Take Industrial Action In The Workplace